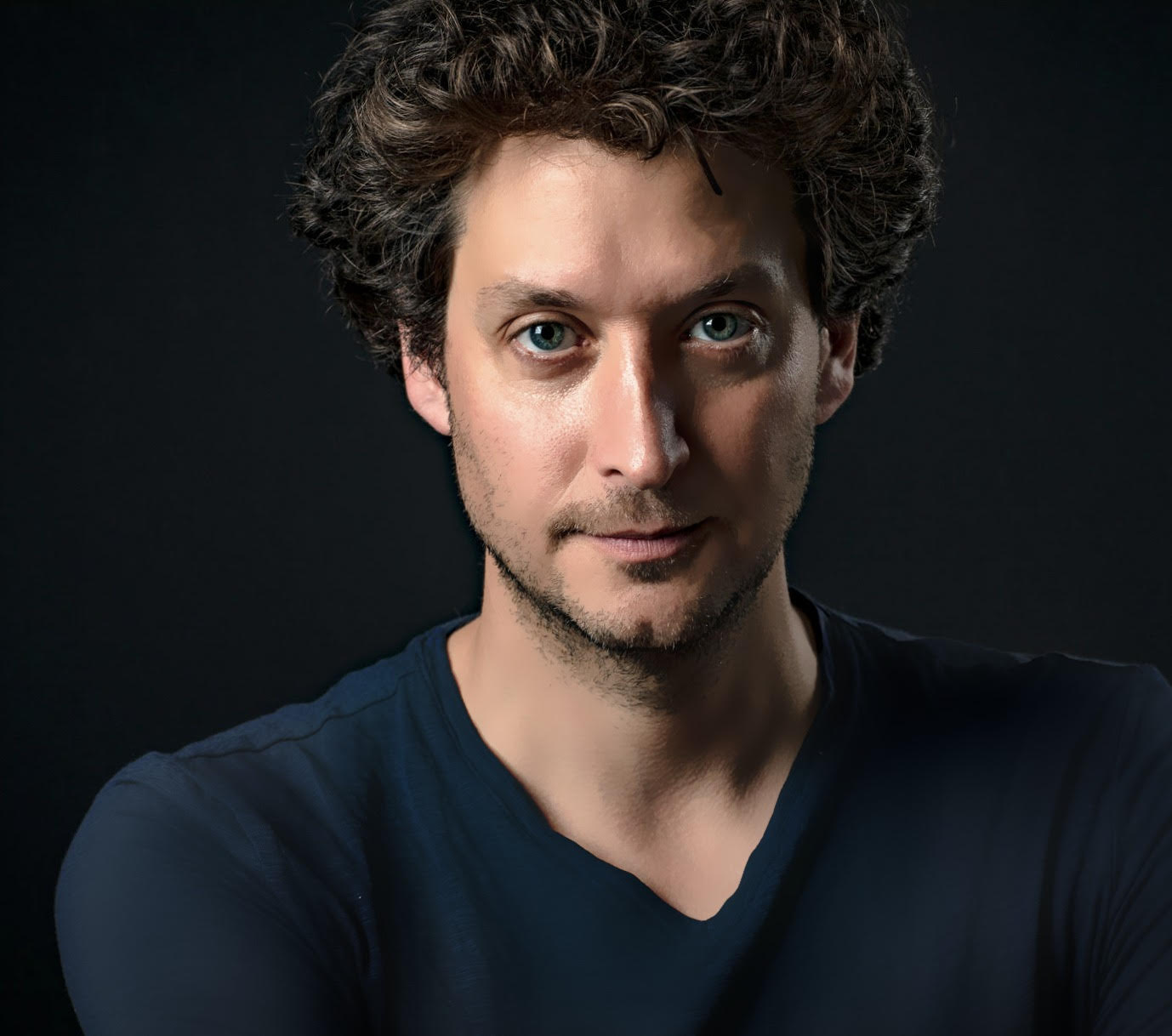 Anna is a short film selected for the Oscars 2020. We spoke with its director Dekel Berenson., who was born in Israel and lives in the UK. His film Ashmina was screened at the BFI London Film Festival and will be screened at Aspen Shortsfest and other festivals. He is currently working on a feature film, an Israeli and European co-production.

Can you tell us the story behind your idea to shoot “Anna” ?

After finishing my first short, which I shot in London (The Girls Were Doing Nothing), I realized that it would be much wiser to shoot my next shorts abroad. I had a lot of experience traveling, I’ve collected a lot of stories along the way, and witnessed so many interesting subjects that would make great films. On top of that, shooting abroad would be more affordable, more of a challenge (which is always a good thing), would allow me to travel back to places which I love… So once I realized that, I set down and made a huge list of ideas for short films (it had a few dozen ideas). Ashmina and Anna were on the list and those became my 2nd and 3rd films.

Can you talk about your past career as a filmmaker, and your personal relationship with cinema? For example, some people say sometimes when they watch a film they like “that is cinema” … If you, personally, had to say “that is cinema”, what would be the meaning of it ?

I grew up on Star Wars, Back to the Future and Indiana Jones, which me and my friends used to refer to as the “Trilogical Trilogy” (it sounds better in Hebrew). But as a teenager I started visiting an arthouse cinema with a friend, we had a yearly ticket that cost something like $50 and allowed us to watch 450 films, and till this day I remember watching ‘Kes’ and all sorts of other European classics. I’ve always wanted to make short films (or at least one!) but also knew that film school wasn’t really for me, and to make a long story short, five years ago I made my first film and then just kept going with it. For me cinema is a film in a language that you do not speak which you can watch, understand, and enjoy, without subtitles and the sound turned off.

Can you tell us about the journey of your film Anna which passed through Brest Euorpean Short Film Festival, where we discover it, and is currently in the running for the Oscars?

Films have a life of their own really. You submit them to festivals and then just sit there and wait for the rejection or acceptance emails to arrive, and then once in a while you also get contacted by people who watched your film here or there and write to you how much they enjoyed them, which is the best thing about it. Then one day you get an email that you’ve been accepted to some festival or award which is really important and you get excited about it, and then let’s say the film advances to the final round, and you’re invited to an award ceremony, and before you know it, it’s either one of the worse days of your life, or the best ones, and it all happens very quickly. The point of these awards by the way is just to make it easier for you to later get funding more easily and for more people to know about you, they are very practical but otherwise not a goal on their own obviously. In any case, since Anna premiered 1.5 years ago, it’s been screened at about 350 festivals, was nominated for a Ukranian and Israeli Oscars, shortlisted for a BAFTA, and won a BIFA award, which means that people will actually click on a link if I ever send them an email, which is what matters for me, because I would love to keep making films.

Your subject can surprise, you like to play with images, and to counter them. There is at the same time an amused view, but also a critical one … What was your line of balance?

These matters really come down to intuition, I don’t think most people (even filmmakers) understand how much tone and pace matter, and that’s something that you can aim for but then can also play around with while editing. I guess the balance comes from hitting different moments with different tones, emotions and ideas that you convey, going from one to the other, so in the end they’re all present in one form or another and there is clear meaning behind the totality of the work.

Does the reception of the film vary from country to country? For example, in Ukraine or in the USA?

Yes it does vary. Because the film shows an “ugly” truth about a particular aspect that happens in Ukraine – Ukranians are apprehensive about it. They would say that this is not a good representation of Ukraine, worry about what people would think about their country, etc etc, and I can sympathize with their feelings while not agreeing with the underlying logic behind it.

From an artistic and aesthetic point of view, what were your original intentions and did they evolve over the course of the film?

The script was written as the final film, one simple scene after the other, meant to be shot in one long uninterrupted take. This creates an objective point of view that unfolds the story without any editing trickery or camerawork that evokes emotion, and with no soundtrack, simply life as they are. My last two shorts are often confused for documentaries which I take as a complement, Anna has even been accepted to a festival in Italy where it was placed in a documentary category.

Choosing to express yourself through a short film forces you to make choices, of subjects but also of style … But on the other hand, when we observe short films by directors who have become famous, we very often find that their style was already expressing itself … Do you already have any idea of your personal style?

Yes, which I explain above.

Your main character is not necessarily an easy role to carry. You play against the stereotype of the ideal Eastern woman sought after by Westerners … How did you choose your actress, did you call on someone from your entourage or on a casting? Was there a need to reassure the gaze you were wearing?

We’ve made auditions which took many weeks as I wanted to find the perfect actors for the different roles. We were still casting one of the main roles one week before shooting. But specifically for the role of Anna, I knew exactly what I was looking for while I was writing the script because Anna’s appearance and the emotions that her characters were meant to evok are an important part of the meaning of the story. For the role of the translator I’ve cast one of our casting assistance because she was simply perfect for it.

Is your film a film with a message, which chooses a disguised form to make it heard better, or on the contrary, a detached film, which has fun with an observation to open a thinking, without particular claim …

There are a few messages in the film, particularly by the end of it, when Anna realizes that the grass is not always greener and that what you have and might thought was not good enough, is better than the shiny but awful alternative. But there are other messages and observations too.

In the running for the Oscars, you dreamed about it, you dream it?

No not really, but it would be nice because of the above mentioned reasons, so people open my emails, click on links, listen to my pitch, and let me make another film.

If you were offered a film lesson from a director (alive or dead) which would you choose?

I would have loved to be mentored by Celine Sciamma. My manager contacted her agents. They said no.

Being a filmmaker in times of global health crisis, does it change anything for you, from a material point of view, or even, from the point of view of inspiration?

I haven’t met in person a friend of family for 8 months, I’m slightly losing it, but otherwise it gave me time to concentrate on work, both film related and other projects.

By imagining that you are left to do whatever you want to do, which cinema would you like to explore? Do you consider some essential checkpoints to build your career ?

I would have liked to shoot a miniseries in the style of my short films across multiple countries.

Last question, do you have a feature film project in progress?

Yes, I’m working on a feature film which is in development and I’m currently working on it as part of the Jerusalem Film Lab, and we’ve also been accepted to a number of other development and financing schemes so I’m excited about that. I hope to be shooting it in the spring of 2022.

Anna, a middle-aged single mother, lives in a small industrial town in war-torn eastern Ukraine. She works in a meat processing factory, lives in a declining apartment and dreams of a better life for herself and her 16-year-old daughter, Alina. She hears an advertisement on the radio about a party organized for foreign men who travel the country in search of love. Desperate to change, she goes to the party although she hasn’t been out in years. During the evening, Anna is confronted with the realities of old age, the true intentions of American men and finally her daughter who attends the event herself.