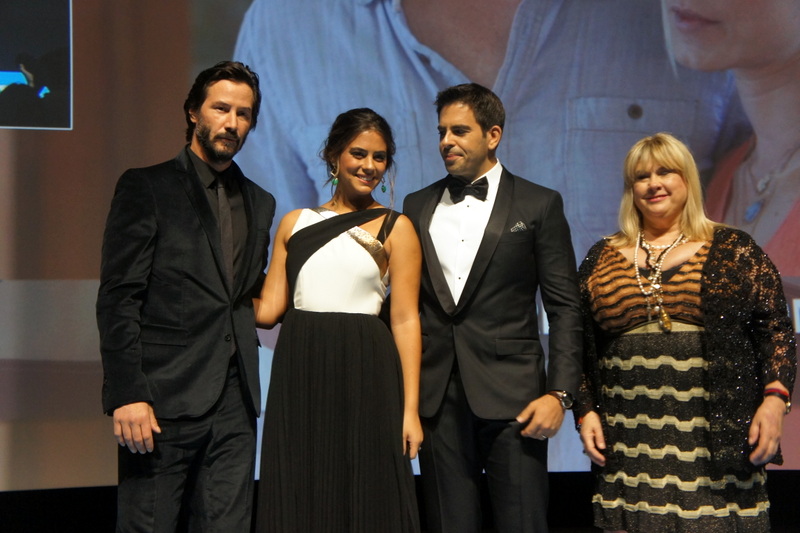 The festival of American cinema of Deauville in its 2015 edition pays tribute to Keanu Reeves, this particular – also with Lorenza Izzo,  one of the actresses and Eli Roth the director to present – Knock Knock, a large–puppet film, halfway between Funny Games and Fatal Attraction. Back in pictures!

And also in video!

Published in DeauvilleUS2015 and Festivals

Posting....
We use cookies to guarantee the best experience on our site. If you continue to use the latter, we will consider that you accept the use of cookies.Ok